The evening began with Hingraj Mataji’s aarti and welcome by the chairperson, Jyotiben. A one-minute silence was observed as a mark of respect for the passing Vanza Bhandus. 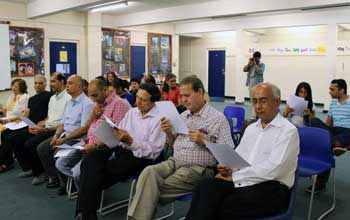 The outgoing chairperson, Jyotiben, welcomed and thanked all those that had attended the AGM. Thanks to the members of our sister organization Wanza Samaj for their support. The outgoing committee was thanked and the chairperson reflected on the committee’s focus on the promotion and education of Vanza culture and heritage, and hoped that this would be a prevalent aim for the incoming committee over the next year.

The outgoing committee was formally dissolved by Jyotiben and Dileshbhai Gohil and Lalitbhai Bhadresha were requested to chair the next part of the AGM. 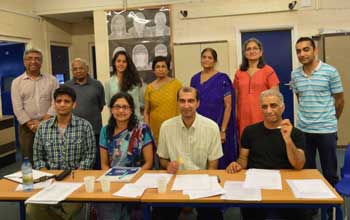 A light refreshment of sweet and savoury dishes were enjoyed by all. Then it was time for the fun filled family quiz which everyone was waiting for. The crowd was split in two teams; ‘Samosas’ and ‘Kachoris’. A powerpoint presentation was prepared by Ramesh Bharkhada consisting of bollwyood and cricket questions. There was fierce competition between the Samosas and Kachoris. But as with every competition there is only one winner… Kachoris won by 21 points to 19. Thanks to everyone for taking part. 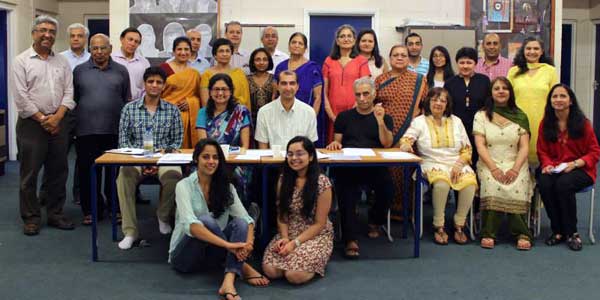